Your’re right! Mistake on my part. I make the same mistake when talking about my wife. 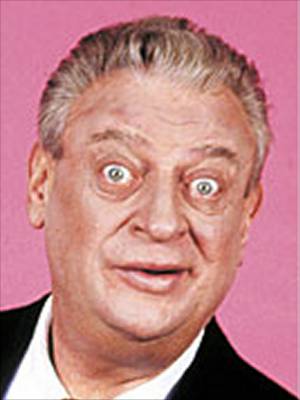 I think that we should always refer to Apex as Apex. No pronouns allowed! I suppose “it” is acceptable.

Oh God, not this again…

EDIT: Also… Quetzal + Jak Sinclair + E3 Implants + new Anarch “Inside Job” resource = free run on a 1/2 deep server at top of turn? Q is about the only Runner I can see making use of a card that doesn’t allow you to use breakers.

I’m not sure, I think it’s one to build around.
She has a resource that lets her make a free run every turn but can’t use programs. The Nexus would let her bypass into a single ICE server for a modest credit fee or drain the Corp’s economy keeping her out. People are already saying “Power Tap” becomes an economy card - especially in a trace-heavy NBN meta.

I think the obvious first attempt to build for her would be heavy on Parasite and Datasucker, with passive economy from Cyberfeeder, Adam’s economy card “Multithreader” and UWC. Keep knocking out the ICE with Parasite so that the Nexus is still a threat for a bypass. Datasuckers work well with her cloud breakers anyway. She probably needs to play an AI to cover against weird untyped ICE, but Crypsis or Overmind are probably decent options.

Worth noting you could use her free run to hit a server with multiple ice as long as it’s all unrezzed, you can just jack out when the corp rezzes something. You could also (if you’re going full janky…) have some kind of parasite/clone chip/hivemind play going on to insta-trash ice?

Global Food Initiative looks really strong - a 1 inf mini-TFP in a lot of ways. I think HB glaciers will love this, as they don’t need the influence and it will stop those silly early losses to variance. Worth noting you could use her free run to hit a server with multiple ice as long as it’s all unrezzed, you can just jack out when the corp rezzes something

You’d have to hit the ICE before you can jack out. But what you could do would be to activate the Nexus to attempt to bypass and then not boost the trace, so you effectively ETR.

I’m wondering if NBN can abuse GFI, Beale, and even Market Research in a “my agendas are worth more than yours” deck. GFI is really nice since it satisfies deck building requirements for you but reduces risk at the same time. Could be a seriously powerful card.

Shannon Claire is an odd one. And will be here when Jackson rotates out. Hm.

What I’m saying is… You can hit a server with 3 ice in it unrezzed with a pretty low level of risk. The first ice they rez you use Nexus’ ability to bypass (and probably jack out after unless it’s the innermost ice) or bounce off.

Nexus means you are immune to the effects of one bit of ice a turn.

I think the biggest takeaway from all this talk of the merit of link is the skyrocketing value of Net Police.

I see yeah, makes sense.
Amusingly, it also works in the Corp’s turn if they play “an offer you can’t refuse”

I think the biggest takeaway from all this talk of the merit of link is the skyrocketing value of Net Police.

I mean… maybe! I’m totally thrown off course by all these spoilers and a lateral NEH tracing build might use them to spring a nice surprise!

Actually, that sounds dumb. But who knows!

Combo that with Technical Writer and you now have both burst and drip econ. Noise is going to be so happy

Except they gave Net Police a 1 trash cost. Maddening. They must have really been concerned about its power…

Except they gave Net Police a 1 trash cost. Maddening. They must have really been concerned about its power…

You’re right, you’re right… I’m just going to sit in the corner and rock back and forth now. So much NBN.

Splash Shannon Claire in Weyland; use her to bottom deck Gov’t Takeover.

Splash Shannon Claire in Weyland; use her to bottom deck Gov’t Takeover.

Then the Runner plays Showing Off ftw.

Blanking the corp ID screws CI. “How many cards in hand? 13? Plays current to blank ID. Have fun discarding to 5 at the end of your turn.”

Sleepers doesn’t help with this. CI now has to slot ELP in a deck that has negative free slots.

I just realized the art on Quantum Predictive Model is Schrodinger’s cat. Awesome.