This card looks really exciting, and will definitely help against corps hoarding money.

Is anyone else as excited as me?

It will probably be an autoinclude for shaper. And as a connection, it will be very easy to get out.

I am pretty excited for anything to help shaper and crim. I would love to see them both get some new builds.

I thought it was cool that it gave a little tactical niche for Sealed Vault, but re-reading, it doesn’t mention “credit pool”. I wonder does that therefore mean credits on cards (Sealed Vault, recurring credits) count among the credits the Corp “has”?

(If they don’t, it makes Mumba Temple even better!)

Looks good, not sure if autoinclude yet but I’m sure it’ll see some play.

Drawing a card at the start of turn without any kind of penalty is very good, and an extra credit a turn is still pretty good.

It seems a bit weak in the fastro matchup; I definitely think it’s reasonable for the corp to have some turns below 5 credits, and only 2 credits are required to score from hand, or zero with a shipment. So I think you’ll miss some triggers even if the corp isn’t making a conscious effort to turn off the effect. Also just that she’s a slow burning econ card in general, like data folding and Underworld Contacts, which tend to not be at their best against Fast NEH decks.

Would people be playing her as a one-off or putting 3 in to see her as early as possible? The uniqueness compared to other drip econ is a downside, but maybe you have to see her early for it to be worth it.

I think that could be a textual error perhaps? Because Eve Campaign would work the same way

The credits are almost certainly in their credit pool, not just hosted on cards!

It’s like a bastard child of Underworld Contact (in Sunny!), Drug Dealer, and Chronotype. Need I say more? For me, the only question is “how many copies?”

It seems a bit weak in the fastro matchup;

I agree with your points, but Shaper is the Fastro-killer. I haven’t worried too much about beating Fastro since … well, since I put Professional Contacts in every Shaper deck I’ve built since the MWL hit.

Speaking of which … “draw mode” is probably the weakest when combined with Professional Contacts, while “click mode” is insane. I expect to see a lot of corps hovering around 14.

Its cheap and it does a lot of good stuff, but you can’t control it so you can’t build around it. Looking at it now, I think its probably going to be great in slower decks with bigger set ups, things like creepy Ian or Sunny, but not so much in aggressive, or narrow focused decks.

Just going to say that Beth Kilrain-Chang is my new favorite Netrunner name. 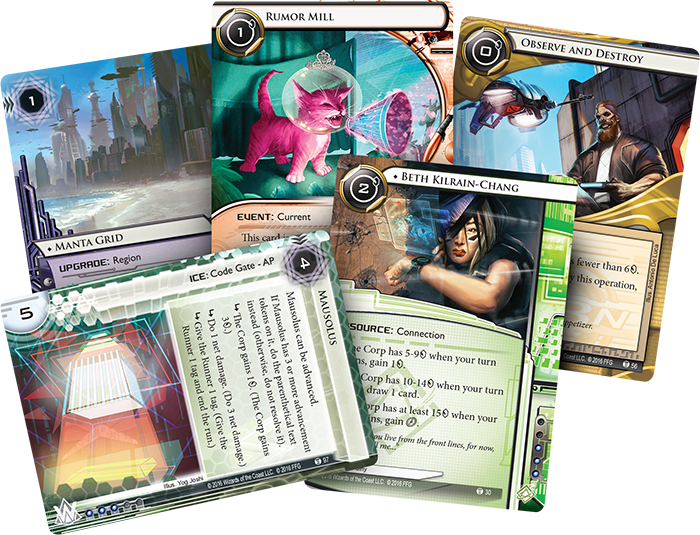 as for the card, i think it’s great. at its worst, it just reminds you of how poor the corp is at the start of your turn.
between 5-9, it’s just as good as Underworld Contacts or Symmetrical Visage
10-14, it’s a cheaper Wyldside, giving you an extra card, but you don’t have to spend a click on the other
15+ is crazy good. Akshara Sareen without the extra click for the corp or Joshua B without the tag.

granted, you’re up against a corp player with a lot of money. i think it’ll be very good to help mitigate matchups against corps with crazy economies, like Blue Sun, for instance.

It’s awesome, this card is amazing, I’ll never not run at least one in every shaper deck ever

So this card isn’t unique in its credit pool mechanic. What are some thoughts as to what the other cards could be like? Maybe Anarch will get something that lowers strength depending on the Corp card/credit pool, or criminals could have a card that helps siphon when the Corp is rich