Core 2.0: Everything Old is New Again

So about those rumors…

No card list yet, but it looks like ETF, Noise, and Kate appear to have been replaced by Stronger Together, Reina, and CT. And there are no new cards (outside of some Genesis and Spin reprints), for those whose wallets were trembling in fear.

WOW! This is great! Was really hoping for Crescentus so that Rosetta can be good. But really impressed by this list. also: Jackson? Deja?

Also: one Maker’s Eye and no Medium, which seems like a pretty sharp change for R&D multi-access in the core set and in Cache Refresh. But we get two Indexing in return. Only one Special Order will also be a noticeable change in limited formats, I think. And Account Siphon is going away! And Deja Vu! And Parasite! And Akamatsu Mem Chip, but we get Dyson Mem Chip instead. And the Corp loses Accelerated Beta Test, and Scorched Earth, and Astroscript, and some Jinteki cards that I don’t care about!

The overall trend seems to be a huge reduction in the power level of the core set. It’s not just removing problematic cards that people have complained about but most things that were above the curve. Looking at a modern reg Criminal or Anarch deck, they play very few cards in core 2.

I think, from a design perspective, the lower power level make sense: data packs, rotation, etc. have less impact when the core set is the source of all the most powerful cards. New cards should see more play without having to compete with Account Siphon, Parasite, Medium, etc. The two super efficient IDs that negated a lot of other options for a long time are gone. On the other hand, being able to play competitive decks with a smaller card pool that leans heavily on the core is going to be much harder, which ups the barrier to entry a bit.

As an Anarch I’m kinda sad since we just got ripped apart but we’ll figure it out. It’s a happy day.

i dislike the useful x1s , why will the players have to buy multiple cores again… and some terrible breakers are x3… other than that it looks great.

It’s because they have to balance it out with terminal directive campaign.

This has me a bit nauseous, especially after my enthusiasm about rotation and how great the next cycle spoilers look.

For me, Core 2 threatens to change the game, on an experiential level. Some are confident we will see ‘replacement’ cards for the iconic ones we are losing, but as of now I’m not sure this pushes the game in a more dynamic direction.

I’m in the minority of players who don’t want every game of ANR to be a mathematic equation. Big plays (enabled by cards like Siphon, Breaking News, Parasite) are what has kept me in ANR. IMO these were part of the core experience and provided a welcome respite during games amidst the grind and cost-analysis of runs and calculated risks. As someone who has almost exclusively played Anarch and NBN for 3 years, I’m excited to see NBN get Beale, Pop Up, and Wraparound (not at the cost of BN and SSCG, though)

The Anarch in me is quite frankly reeling at the loss of cards that drew to me the faction. Coupled with the loss of Siphon, Core2 without support seems to homogenize the factions, which is not something I am interested in. I loved the Anarch faction from my beginning, thanks to cards like Parasite and Yog. I played Anarch through their weakest time and up to now, at their dominance. I’m not sure I want to play the Core2 Anarch, which for me removes most of the impetus to play the game at all.

I think I’m an extreme case in ANR, having stuck very closely to factions despite their power level. Even so, I can’t be alone in thinking that the experience of trashing/losing a piece of ICE or landing/stuffing a Siphon were exciting moments in games.

It’s impossible to say what the game will look like in a year. Maybe exciting cards will fill these voids. For awhile, though, it’s going to be hard to adjust, and today after seeing this announcement, I’m truly reeling.

So many changes, so many GOOD changes, in my opinion…I’m impressed. The only thing I am not sure about are 3/2 agendas staying in the game…but it’s probably necessary for corps to have any chance. I’m excited to see, what kind of post-rotation decks we can build now!

The Revised Core Set for #Netrunner will NOT be legal at the World Championship in November.

Let’s hope that this will be reversed (or is just miscommunication)!

Isn’t this likely because they don’t think they can actually get it released and shipped by the time Worlds comes around?

I made a spreadsheet with the card differences here

(Lemme know if there are any errors)

The weirdly good news is that there’s a lot more one-ofs - 43 by my count, vs the original core set’s 11. That means that a third copy of the new core set at least gets players a more substantial improvement to their collections. There’s 133 total different cards instead of 113.

With anarch too I understand that they wanted to choose a runner rotating out to replace noise (and whizzard isnt great) but Reina feels like such an odd choice. Her ability just doesn’t feel very anarch, and although noise was flawed design wise at least his playstyle of trashing shit and taking names felt like anarchy

Crikey! That’s a LOT of change. I really like some of the changes, but I think I’m gonna miss Scorched Earth. It looks to me like they’ve done a pretty good job keeping and honing faction ids, but did strongbox really deseerve to go eternal? Also sucks to have braintrust locked in as your 3/2.

On reflection, I’m not sure lower power level overall is entirely fair. There are a lot of cool enabling cards sticking around such as Ronin, ToL, Ash. It definitely looks like a more fun core that lets you try a lot more with just 1 box. Sick looking new art as well! Hopefully we also get an updated rulebook with proper instructions on learning to play.

EDIT: Also really important to note that both imp and scrubber are staying in the game. Likewise UWC for Sunny players and Fal Guy for Geist.

I know its next cycle not core 2.0 but they seem to be replacing scorched earth with… an asset, that doesnt require tags, which says a lot about where the design is going 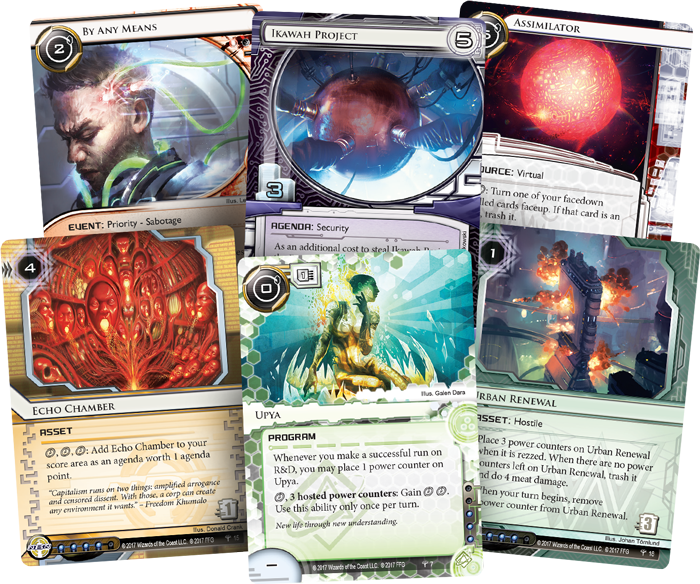 also now the only way to do meat damage through tags requires 2 tags, which is why I guess they kept False Lead (for the HHN combo)

Having worlds in a meta that will only last 2 months seems like a weird decision if you ask me. I guess I would simply prefer to not have another World Champion Deck with Account Siphons, Parasites etc., which I then cannot use in normal play.

I think we will get some versions of those in next cycle.