Welcome to the King of Servers 2015 team tournament, brought to you by the ANRPC and the Donut Taganes Memorial Fund. We will be gathering at the VFW in Roseville, MN on Friday, November 6th at 11A to do battle over the nets.

This is a team tournament. Teams of four can submit their team name and members here. There is a space cap of 32 teams, and even then, it will be tight. However, we want to accommodate as many people as possible. The team must represent all seven main Netrunner factions between their team, with the 8th faction being a Runner ID that is not going to be a duplicate on the team.

The teammates will then play together, playing in a 6 round Swiss tournament. Teams will be paired according to Swiss rules, with teams of like total prestige facing off. Players in the matchups will then be seated in order of their individual prestige, so the highest prestige player on a team will play the highest prestige player on the opposing team, and so forth for the remaining three players. Table talk during the games will be fully allowed between teammates and their opponents. This is meant to be more fun and in the spirit of the event than downright piloting and direction. If one feels that there’s too much banter, and that their game is being too hampered and slowed by the table talk, they may call a judge to observe and/or give a warning.

Rounds will be 70 minutes. When time is called, the current turn is finished, and the other player gets one full turn.

After the 6 rounds, whatever top two teams, based on total prestige of their members, rise to the top will play a final match against each other, with the higher seeded team being able to call out their first matchup. The lower team will then pair the next matchup, and that will continue back and forth for the final two.

All will receive a variety of participation prizes. Third and fourth place will receive their entry fees back, and the top two teams will receive a 65-35 split of the remainder of the pool (unless they are true sportspeople, and decide to split it beforehand).

There will be a break for food after the third round, roughly around 4P. There is a kitchen available (limited menu forthcoming) that we can order food from, and we will have a dedicated bartender from 1P on. Any drinks needed prior to 2P can be gotten at the bar upstairs. NO outside food or drink is allowed.

@Sotomatic has noted that if anyone submits a challenge video, in the vein of pro wrestling (or, whatever you’d like; be creative, and be about you!), he will pay $5 of your entry fee. PM him for more info. Cutoff for videos is Oct. 15.

If there are any questions, please post them in this thread. Thanks, and good luck!

SEE: Teams here
If you need to make any changes to your team, LMK. 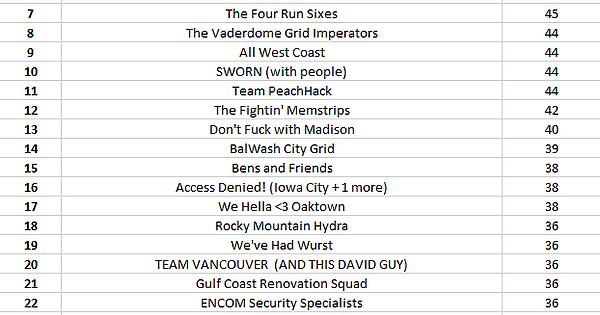 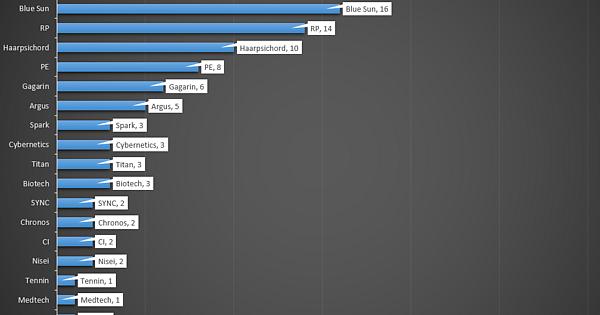 Totally and completely in.

On a side note, I also wanna catch the Timberwolves if they have a home game scheduled. I know @lpoulter would be interested - anyone else?

I would be down for some NBA. Schedule comes out soon.

Sure I’ll dabble in this here tournament. Hopefully drinks are encouraged, and fun is had by all

So basically this is the Netrunner Kumite? I’m totally in.

What seedy underworld hideout will we be battling to the death for money in?

I’m in, and I can probably offer a few people rides from the event center if needed.

Take note: we will be missing out on the twice weekly meat raffles.

I’m down and I’m fairly sure the other 3 Houston guys I will be with would also.

I’m leaning FRI. I know that’s the Conquest day, but, f that game.

Also, who doesn’t want to come eat, drink, and run nets in the basement of a place where people who killed people come and commiserate above us?

I’d stream/commentate the crap out of it if there was a network connection. Otherwise I’d 100% be in to play!

I agree with Friday, since Thursday is FFG’s official Netrunner side tournament.

I’m cool with it as long as I don’t get cornered by some old vet trying to tell me Grampa Simpson stories about Vietnam.

If there is enough interest from everyone, I prefer this over Conquest greatly. Will FFG refund my conquest ticket…?

Prob. not. Sell it to someone. You can ask them.

Pretty sure I disclosed the location.

EDIT: Would prefer Friday as well, still not sure if I’m coming in Wednesday or Thursday.

Also would prefer Friday. Probably getting into town on Thursday but not sure what time.

Lol I am now actually maybe considering coming to Worlds thx to this.