Big news from FFG. Looks like they will be making new draft packs and a new draft format. Awesome!

Each player gets a basic draft set.
Draft more cards from the cube.
Play.

When done, each player keeps their basic draft set (that they own), and returns the cube cards.

Each player gets a basic draft set.
Draft more cards from the cube.
Play.

Yeah, I think if anything this just VASTLY improves cube if the core things are good.

Announcing A Game of Thrones and Android: Netrunner Draft Sets 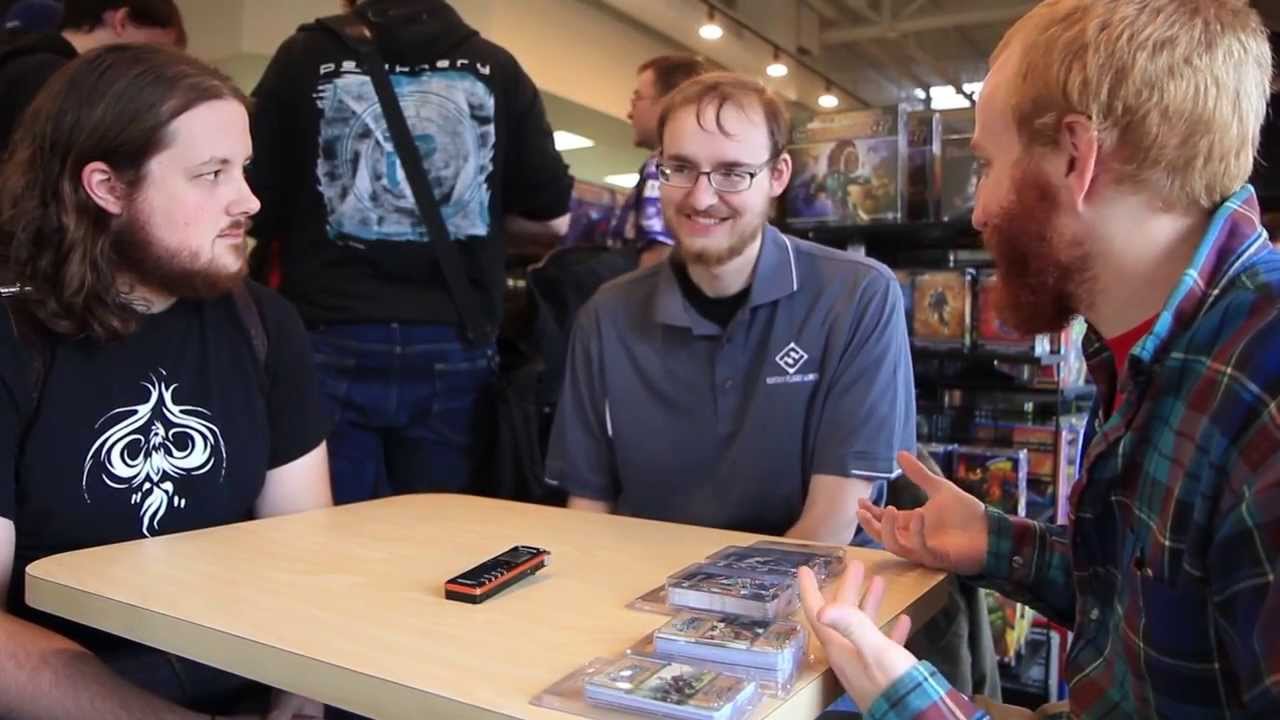 The Starter Pack Contains:
1x Runner/Corp Identity (double sided)
2x Armitage Codebusting
3x Crypsis
5x Priority Requisition
2x PAD Campaign
The Corp/Runner draft packs contain multiple “booster packs”. When you open it, you’re supposed to separate them into hands of 10 cards, in order. The cards are organized in such a way that each 10 card set is a balanced booster pack.

Kindof surprised that it doesnt include any Sure Gamble/Hedge Fund.
I feel like it needs to be a bit more of a ‘basic cards pack’, fulfilling a purpose similar to adding basic lands in Magic.

As long as they don’t start printing tonnes of “draft only” cards that don’t make it into the main game, I’m in favour.

Question for you guys that have done the cube drafting before (I’ve drafted MTG from boosters but have never done a cube draft):

Say I get a group of friends together and buy 8 of these packs for a “cube” that we want to play from several times. When we’re done with the first play, do we reassemble the cards back into their original contents, since these are actually only random-“ish” and reflect FFG’s beliefs about what makes a 10 card draft booster pack, or do we just shuffle them all into random 10 card booster packs so there’s no danger over time that people learn what cards are in each of the packs?

I’m curious what the standard practice is for this.

The cube is a set of cards that you decide on. You could simply have it be all of the cards from the draft packs you opened, or you could create it with whatever cards you want, making sure to include enough of each type of card.

Then, you shuffle all the cube cards together and randomly create draft packs out of it for each person.

do we just shuffle them all into random 10 card booster packs so there’s no danger over time that people learn what cards are in each of the packs?

This is what would happen. With the cube the packs are totally randomized every time.

My wallet says this is a terrible idea.

I don’t think this will work out to be that much more expensive than a regular tournament. We pay table fees anyway to attend a constructed event, so laying out for the boosters once in a while isn’t the end of the world (remember you only need one draft starter).

If it drums up fresh interest for the game and allows my FLGS to make more money (and therefore increase its chances of survival) then it has to be good - even if I’m not that fussed about playing it myself (although I am).

The draft format is good for the design space too, because now certain cards that will never see play in constructed become eminently playable in a draft format - sub-optimal breakers for instance. That’s not to say that I’d like to see FFG design poor cards just so that limited play is more interesting, but it does make certain things more viable.

I do worry though that the corp deck size might become more relevant in draft. With only a 30 card deck, 20% of which you start the game with (after the opening draw), the corp is a lot more susceptible to decking. The games will necessarily be longer than a constructed match (because the decks will be less efficient and with less synergy, so the economy won’t grow as fast). An average game goes to about 14 turns at the moment, I’d anticipate nearer 20 in draft, which will leave the Corp with precious little deck left even if he never takes an optional draw.

The games will necessarily be longer than a constructed match (because the decks will be less efficient and with less synergy, so the economy won’t grow as fast).

Maybe. Remember these games are only going to 6 agenda points. That should speed thing up quite a bit I think, often making the game end an entire agenda score/theft earlier.

Certainly this is good for the game. It encourages LGS to actually give a damn about this game.

Interesting… seems like with the similarities to Original Netrunner, you could possibly mix them, if you’ve got sleeves.

Maybe. Remember these games are only going to 6 agenda points

I had entirely forgotten that! Good point.

Sorry if this has been answered but are each 40 card pack randomized? For example, the runner packs are all randomized and different against each other? I am still unclear as to how the packs function.

Wait no need to answer that, it looks like each pack is different.

Wait no need to answer that, it looks like each pack is different.

It is kinda like a booster pack in Magic. There is some kind of ordered randomness. For example, every corp pack will have 3 random ice I think (or something like that).

So your first entry into a draft tournament would require you to buy a starter + corp pack + runner pack for a total of $27, and at the cost of $24 for each draft thereafter?

If that’s the case, then that really sucks. I was hoping each draft wouldn’t cost more than $15.

It does seem to be a bit pricey, especially given that with a CCG game draft, you at least have collectable cards to take home and add to your collection for your $15-20. I know much of the talk seemed to be around groups of 4-8 people who were going to buy one set each to make a group draft pool and then slowly add packs to it over time.

Definitely an interesting development, and a great use of their print-on-demand resources. Eager to see where it leads!