OK rules questions regarding turntable:
Suppose you swap a Gila Hands to get a Nisei/Astro/Vitruvius/Atlas with a counter. What happens to the counter? Does it stay on the card, or is it removed?

If it stays that would reduce the effect of Turntable for future steals (unless you had another non-countered agenda to swap).

If it stays, could the runner use the counter?

Use Astro counter to advance an Ice Wall to Atman str or make a Changeling back into a barrier. Use Vitruvius to drag Director Haas back into HQ for stealing, or get that Cyberdex Virus Suite out of there for a sucker run. Use Atlas to put an agenda into HQ for stealing, clear a Snare! from R&D or just to shuffle on a repeat run? Use Nisei to end your run to avoid faceplanting that Ichi 1.0?

I suspect that the counter stays (complicating further DJing), but since the agenda’s game text is inactive while in the runner’s score area, you have no way of actually using that counter.

But I feel like the other options are likely to be useful more often, and more broadly.

Well that’s the thing–Turntable is (trivially) going to be at it’s best when the opportunity cost is zero, i.e. when you have neither the influence for Desperado nor the virus count for Grimoire. If your expectation is for a console that will be a straight upgrade to either of those in the majority of cases, I think you’re setting yourself up for disappointment. However, the Anarch world is wider than decks which run a pile of viruses or have 6 influence floating around, and Turntable seems to have a lot of potential in that niche.

I do agree with you that Turntable is going to be hard to evaluate. Its effect is flashy and fortuitous, both of which the human brain is terrible at dealing with.

But I feel like the other options are likely to be useful more often, and more broadly.

Yep, I tend to agree with the whole post, and this line in particular. I feel like I would even prefer Vigil in most Anarch decks.

Suppose you swap a Gila Hands to get a Nisei/Astro/Vitruvius/Atlas with a counter. What happens to the counter? Does it stay on the card, or is it removed?

Based on this Lukas’ Twitter ruling for Turntable and Glenn Station, I believe that the agenda counter would stay: 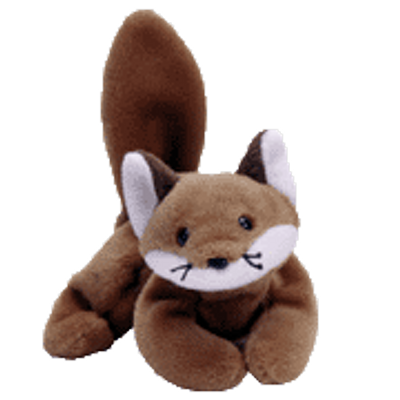 As others have pointed out, the counters are inactive in the Runner’s score area [Edit: not correct as @voltorocks pointed out: but it’s a slight drawback to Turntable if another opportunity arises and you have to decide if you’re going to swap that agenda back and give them back their APP or Nisei counter].

It turns off Astro when you can steal an agenda the turn after the Astro is scored, mostly. Which again is going to be from R&D or HQ 99% of the time. Otherwise that token is just gonna get another agenda scored the turn after.

Yeah, maybe, but it definitely disrupts the Astro-train unless they had another Astro ready to score the next turn. Forcing them to use the counter on a Beale is a victory in itself. Now, you can use your denial tools to try to keep them from FA their next agenda (trying to keep them off of 2 credits is a lot hard than 5-8 credits).

It’s also a signal to hit them with Legwork right after they scored out their Astro, and then only getting an NAPD, Breaking News, or Beale won’t be a disappointment.

As others have pointed out, the counters are inactive in the Runner’s score area, but it’s a slight drawback to Turntable if another opportunity arises and you have to decide if you’re going to swap that agenda back and give them back their APP or Nisei counter.

actually, this will never come into play as you can only give the corp an agenda you just scored:

[quote]
Whenever you steal an agenda, you may swap that agenda with an agenda in the Corp’s score area.
[/quote] (emphasis mine) So, once you turntable away an astro, nisei, atlas, or whatever else, yeah the counter stays on but they are never getting it back.

You, sir, are correct. It helps to read the cards. I’ve edited my post.

However, the Anarch world is wider than decks which run a pile of viruses or have 6 influence floating around, and Turntable seems to have a lot of potential in that niche.

This is a good point. Turntable is a fine console to put in an Anarch deck that isn’t spending influence on consoles and is running little to no virus love (aka crazy people). At that point, your options are Deep Red, which is effectively blank and no mem, Ekomind, which is strictly bad if you don’t build for it, Vigil, Turntable and Spinal.

Spinal has drawbacks, so let’s assume this player isn’t interested in it.

So basically you’re comparing Turntable and Vigil. Both are +1 mem, both cost 2, and both have a situational ability. I’d say that I’d pick Turntable at least half the time in that scenario.

And looking at it from a design PoV, the console is actually really good.

For people willing to splash consoles in other colors, Vigil is the only Anarch console that gets used, so you need to make an Anarch console that’s as interesting as Vigil (Turntable surely is), and costs similar (same credit and influence cost). And that was extremely successful as well.

Huh. My appreciation of this card just went up tremendously.

just played a few games with turn-table slotted in for grimoire in the “wooley whizzard” that spags was repping at his last regional.

first off, it will probably not be a long term include simply because of the memory difference (unless I can find room for a memstrips…) but I will say this, in games that it came out, it performed well, It’s (imo) a godsend against NEH (especially since keeping sansans trashed is easy-breezy for whizz, they really lean on those rushed astro tokens…) and against RP it was straight-up game saving both times we played.

Obviously these games are just anecdotal, but I will say I’m very excited to try this card out in some more decks; the potential is definitely there

There are few cards in netrunner where you can say “this card by itself earned me points.” Almost everything works in conjunction with other cards. Blackmail and Caprice/Ash come to mind as possible exceptions. I think Turntable is another. Even if Turntable just exchanges a 2 point agenda for a corp’s 3 pointer, that alone to me makes the card worth including. That’s a two-point change in score between you and the corp, and is the difference between needing 3 agendas to win and 4. So even outside NEH/RP I think it has a lot of value.

exactly this. also, clearing a nisei or astro token is not just worth points, it prevents corp points; this card can generate huge points swings all on its lonesome and for that I think it’ll be very strong in decks that have no overriding reason to run desperado or grimoire.

Based on people’s responses, I’m going to give it some try out in Noise. It looks fun, if nothing else (well, not for the corp, but you see what I mean).

The ‘delaying the corp’ aspect is a pretty big deal, too.

Is it time for the Turntable, Human First, Kraken, Leela deck?