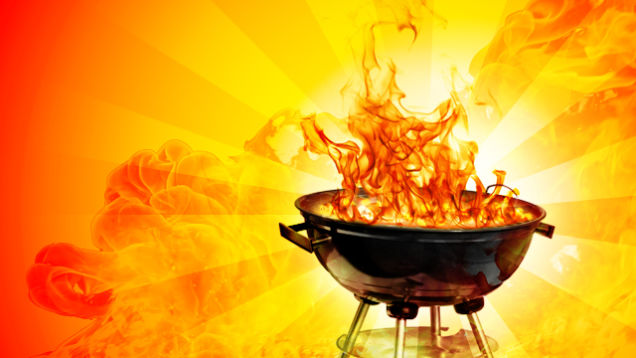 So with the new cards coming out and with my recent discussions with @Seamus and @Ulkrond about meat damage I think Weyland is poised to cook some runners.

Here is my MKI decklist which is strongly based on @Ulkrond and his deck.

Blue Sun: Powering the Future (Up and Over)

The disposable hq is so you don’t lose to a wild legwork in the late game. The deck is geared around being able to kill the second you have enough money for sea scorch or the second the runner steals an agenda.

I think Weyland meat and Weyland rush both are getting a huge shot in the arm.

Meat now can tutor for some amazing cards, which really has been the gap that needed to be filled in the set.

Rush now will be able to rez an archer and deny David and SMC/Clone Chip troubleshooter with a splash from NBN.

I’m just going to copy over my post from a different thread:

Inspired by the release of Consulting Visit, I have been having some success on Jinteki (I know, I know) with a super rushy GRNDL with Midseasons. Being able to have 5 effective copies of Midseasons is just huge for the consistency, meaning that I can often install naked Oaktowns turn 2. My list is the following:

Let me be clear: as it stands, I will not claim this is an amazing deck. I think its biggest problems as of now are the following:

But it’s a lot better than I thought it would be! The consistency with which you draw Midseason is just stupid, and I rarely struggle to keep an economic lead for as long as it matters. I very much doubt that this is the “final form” of Weyland Midseasons, but I do think it’s worth trying to see just how huge Consulting Visit is.

I didn’t read any of this, love the thread title.

Now that Fear the Masses is out, I want to see people’s Zealous Judge decks. I’m having trouble finding room for econ, damage tools, and ICE (the eternal struggle), but here’s my first draft.

Datapike is a goldmine for blue sun builds!

How have you found Consulting Visit -> Oversight AI? Does it often help you out early on?

How have you found Consulting Visit -> Oversight AI? Does it often help you out early on?

Using it early can be a gamble in my experience. An unfortunate D4v1d or Lady can burn your assumed economy gain, so it depends on what else you’ve got in hand. Also, for my deck anyway, Consulting is effectively another Midseasons or Scorch - you have to weigh up if you want to ditch it for potential economy.

I like to rush so other option I considered was:
+3 Corporate Sales Team (or +2 CST +1 Posted Bounty)
-1 Gov. Takeover
-1 Fast Track
-1 Punitive Counterstrike

Another tweak is to play Fast Track and go down to 2 Consulting Visits.

At regionals it turned out Gov. Takeover was always game deciding card no matter I won or lost (including naked score attempt ;))

What do you normally tutor with Localized Product Line? I love the card but I haven’t found an use for it yet!

Fortune favors the bold, am I right?

I would imagine it’s good for finding either Scorch or Punitive, depending on your hand/the runner’s activities. Lemme tell you, if Weyland is rich as crap I’m going to be terrified of running on an agenda if I know they have all 3 Punitives in hand.

Not necessarily, no. That’s why I said it’s a judegment call.

Tell that to the SAS

I totally borrowed the deck from NRDB (since it was already basically doing what I wanted to with Exchange of Info), but I had a ton of fun playing the Six Agenda Shuffle at the Cleveland regionals. It’s not pure meat, but it’s got a nice side dish of scoring agendads to go along with all the meat if you get the opportunity.

It ended up going 3-2, with one of the losses being bad luck and I think Government Takeover stolen off the top of R&D, and the other I was short by a credit to land a six-point Punitive after a Takeover got stolen.

Still won by three different methods.
-Scored out by scoring a Vanity Project, and then the runner stole the other one. Tossed all the muns into a SEA Source and then swapped it back by giving them a Hostile.
-Good 'ol fashioned SEA/Scorched/Scorched.
-Takeover got stolen, and ACTUALLY landed the Punitive for 6 Meat. (This may have been the round both games went super fast and we had 50 minutes still on the clock afterwards.)

I think i would just drop a sea source or exchange for a x1 midseasons. Its pretty relevant with x3 Consulting.

What does the Blue Sun hybrid kill look like these days?

Anyone trying subcontract? Or is that card totally hidden by the limelight of zealous judge?

how have people been finding Zealous Judge?

I’m trying it out in Argus (based on Seamus’s latest opus). 3x bandwidth, 2 x zealous judge, a few other tweaks to get influence/slots to fit.

So far I’ve been NACH’ed and / or film critic’ed willy nilly, but I haven’t gotten too many games in with it yet.