Hey all! My friend Graham Carlson created a podcast but doesn’t have a Stimhack forums account currently. I think he has put out some really neat content, so I wanted to help spread the news for him.

This is his description of Shipment from ChiLo: “An entertaining Android: Netrunner podcast all about community-building and deckbuilding, both beginner-friendly and interesting to veterans. We’re here to grow the game and have a blast doing it.”

His goal is to create content that’s entertaining but informative, geared especially towards newer and developing players but with discussion related to competitive play as well, and he emphasizes discussion about how to help grow your local ANR community. Graham plays in the Chicago meta, out of Fair Game in Downer’s Grove.

In his most recent episode, Graham hosts an interview with former Netrunner lead designer Damon Stone to discuss the revised Core 2.0 and decisions that went into these changes. Link here: https://www.podomatic.com/podcasts/shipmentfromchilo/episodes/2017-09-19T13_44_36-07_00

I’ve really been digging this podcast. @PureFlight and his merry band of pals have a really positive outlook on the game and how it can be enjoyable to all sorts of players. I think that is a super important voice to have heard when big changes are afoot.

Good grief, didn’t realize that slacker did already have a Stimhack account, he just hasn’t been on here to make his own thread!

Your unsavory insults are only redeemed because you started this thread for me. Do not cross me again.

But yeah, thanks bunches.

YOU HAVE BEEN WARNED.

I’ve also really been enjoying this, their enthusiasm is infectious and reminds me of when I was new to the game! And great interview with Damon last episode!

ANOTHER INTERVIEW WITH A LEAD DESIGNER!!! DUN DUNN DUNNNNNN

I interrogate Mikey B on his design philosophies before we dig into the Removed and Restricted cards of the MWL 2.0. 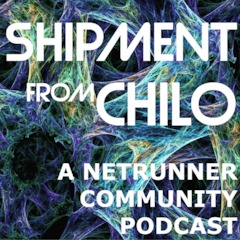 I interrogate Michael Boggs on his design philosophy and his first several months as Android: Netrunner Lead Designer. Then, Mikey B and I go over the Most Wanted List version 2.0, which utilizes Removed and Restricted lists, and discuss each card...

Finally someone asked the questions I would have asked in an interesting and fast paced way!

@internet_potato and I dig into the Cache Refresh format. We got deckbuilding on the left, community on the right. With CR as a format, we got jukin all night.

Best Friend Doug and I break down the Cache Refresh side format. We've played in 3 online CR tournaments, so we're basically experts. Then we say nice things about the online CR community these tourneys have created and mull over how utilize CR for...

Although not a new episode, I thought I’d post my new Buying Guide and Deckbuilding Guide, both great resources for new players. Check them out if you are looking for guidance when buying or deckbuilding, respectively. 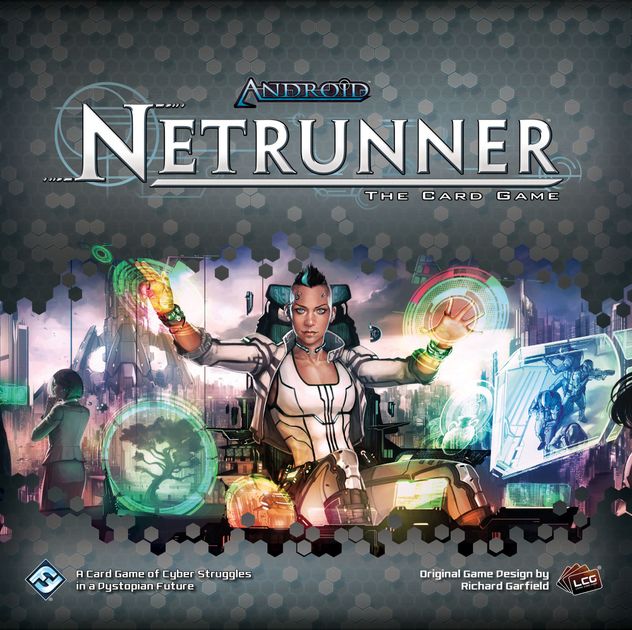 Of all our episodes, this is the one we had the most fun recording. Also we drank a lot of beer.

The World is Yours*

Jake, Matt, and I decompress from worlds by netdecking some real neat things. We hypothesize future MWL changes - when we're met by a MYSTERIOUS VISITOR. Then we chat about our great Worlds party to hopefully inspire YOU to organize your own next...

I’m only midway through this episode and it’s pretty great but may I just say: podcasts are better when the people on them say nice things about me and then specifically talk to me.

Sanjay compliments are just one of the many kinds of great content we provide at Shipment from ChiLo.

Worth listening for “Avocado protocol” alone

Rose and Jordan tell tales of wonder regarding their experience at 2017 Worlds. They talk about their preparation and predictions, as well as the side events and general goodfunthings they did. Then I try to convince them that bad cards from Creation...

I loved so many things about this episode.

Edge of Worlds is an excellent title.

I really liked Jordan and Rose’s insights into their decks. I was especially interested to hear about Jordan’s Worlds Top Industrial Genomics deck and the exciting Election Day tech, and Rose’s Inversificatorsaurus list.

I liked having Rose and Jordan on the show because I think they enjoy Netrunner in a way that some others don’t. They love the puzzle of the turn and the assembly of the combo.

Rose was originally thinking about playing a mini-dyper combo-in-a-turn runner, where you pop a hyperdriver or two and play Freedom into Legwork into DDM into triple Notoriety. Some would say that’s not interesting to play against, but she would argue that you see the bookmark and can expect a big combo coming, so you need to adapt to her strategy by rushing or creating pressure. Meanwhile, she needs to build up a rig while making sure she can threaten a remote if possible, which is basically what Shapers do all the time. Her rig is just facedown on a Bookmark and has a hidden info element to it.

I was really happy to showcase playstyles that don’t get a lot of attention sometimes. There’s a lot of ways to enjoy this game.

Kevin, Matt, Jake, and I share our Netrunner goals for 2018, including getting those sweet sweet Store Champ prizes, scoring public agendas shamelessly, and creating a format for new players. Then, Kevin reveals the secret identity of that one friend...

Greg fools me into giving him some free Netrunner coaching to prep for an upcoming Store Championship. We evaluate his favorite decks of the past to determine what current decks he should bring to unleash a hellstorm of epic domination upon his...