A Kickstarter for Netrunner Tokens

Just want to let you know about a current kickstarter for netrunner tokens… and while i dont like all of the designs some are really nice. (For example Recurring Credit & Brain Damage Track)

I posted some suggestions in the comments there, maybe we get some changes on the tokens we dont like if we ask kindly:

Virus: At first i thought these where blossoms, the colorfade blend the two symbols into each other.

Bad Pub: Is money others give you for hacks against the BAD Corp… maybe just make it like the recurring credit with arrows from outside pointing at the credit Symbol. Use the colors from the current BadPub (black outside, glowing yellow inside of the credit symbol)?

Tag: Maybe add a globe or just a faded map to the background so the looks like its pointing somewhere.

Big Credits: Please also add an big advance symbol on the back of the 5cr tokens.

I posted some suggestions in the comments there, maybe we get some changes on the tokens we dont like if we ask kindly

I suggest simply not buying things if you don’t like them. Frankly, these look like garbage, the credit set is seperate? Credits are literally the only tokens that you need to play the game, everything else is a convenience.

Having to weed through an indistinguishable pile of psychedelic pennies every time I need a virus or bad pub counter seems like a nightmare experience to me.

When it first appeared on BGG, the designs were politely critiqued, and the dev was told that he should play the new netrunner game before trying to design tokens for it, but instead of going back to the drawing board we have this mass marketing crusade for kickstarter donations.

No amount of internet pan-handling from this developer will change the fact that it’s a flawed design.

Having to weed through an indistinguishable pile of psychedelic pennies every time I need a virus or bad pub counter seems like a nightmare experience to me.

My thoughts exactly. They’re amateurishly bad. These look like they were designed by someone who never even played the game. As an experienced player of this game, if I can’t look at your tokens and immediately discern what they are supposed to represent, then you’ve got a horribly flawed product. I understand that people can’t use FFG art assets, but that shouldn’t prohibit someone from designing an acceptable, easily-recognizable proxy.

I don’t understand why people can’t just… oh, I don’t know… use the official tokens that came with the game. Either that or actual well-designed substitutes such as the Team Covenant acrylic tokens.

Anyway, we all know what this really is - a blatant cash grab. I’m leery of crowdfunding anyway, especially after getting burned by the Robotech Tactics Kickstarter… I think it’s where all the reject ideas that couldn’t get legit funding end up.

You pay for 4 sheets(the 40 bucks one), and the credit ones are funded, so you can just choose 4 credit sheets, if I read it correctly.

But I’d rather have the covenant or broken egg tokens

What’s wrong with just using dice? I find them to be significantly faster, and easier to boot.

that’s a whole 'nother discussion that I don’t think we should have here.

For your reading pleasure: 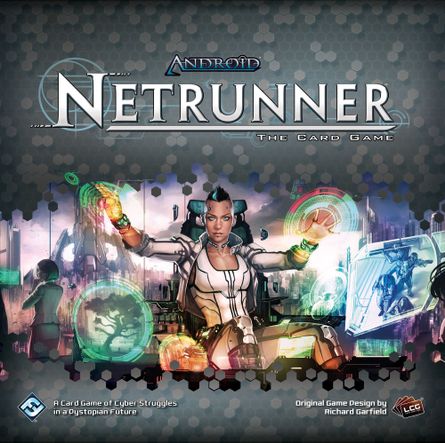 poll=144948] I've started using dice for most things in Netrunner. I use a D20 countdown spinner for credits, and small D6s for various counters. I have a lot of different types, so I use red ones for virus counters, and I'll use other spindown D20s...

I've been using glass beads. The only thing they can't do is act like a double-sided credit/advancement token.

r/Netrunner - Do you use official tokens, third party tokens, dice, or other?

There is alot wrong with using dice, and in tournaments it’s even worse. I don’t want to chance this topic in a hate/love dice topic, but using dice is a no-go, except for keeping track of 8+ tags.

Dice easily fall over with a simple bump on the table, easy to (wheter intended or not) cheat with, etc.

There is alot wrong with using dice, and in tournaments it’s even worse. I don’t want to chance this topic in a hate/love dice topic, but using dice is a no-go, except for keeping track of 8+ tags.

Dice easily fall over with a simple bump on the table, easy to (wheter intended or not) cheat with, etc.

This. I’ve actually had a couple experiences with dice cheats. I don’t mind for something like datasucker counters or a bajillion tags, but I disapprove of the use of dice for money.

Besides, does it really take less time to use a die? As far as money goes, don’t you have to tumble the thing around in your fingers for a minute to find the number you’re looking for? Wouldn’t it take about the same amount of time to just grab a few credits or virus counters from a pile?

Anyway, as Chill said, this isn’t the place for this discussion, so let me bring it back on topic re: these crappy counters -

Is there a blanket rule that we can’t use dice? I never had any issues in NYC at all, be it at the FLGS or at Plugged In, Store Champs, etc. I didn’t attend a Regionals this year though. Just wondering for future reference.

Not being able to easily distinguish the counters is bad. But imagine a bag full of counter and all of them sticking together so you cannot see which is which …

No, there’s no rule against it. As far as I’m aware, FFG’s official position is that as long as you’re consistent and transparent with your opponent about what you’re doing, then you’re ok to use dice. Some people just frown upon it, myself included. MY reason (due to personal experience) is that it’s incredibly easy for a 20-sided die to roll around - either intentionally or unintentionally - thus creating an unnecessary complication, and the possibility of cheating.

I personally wish to avoid even the appearance of impropriety.

These tokens actually meet most of my requirements for tokens, I’m just not sure I like the quantities and focus of some of the sets.

I’d use the recurring credit tokens, the bad pub tokens, and the virus/power counter tokens. I might even use the flatline tokens. I think I’d still stick to dice for credits though.

From the Kickstarter description:

[quote]The eye is a Revelation token. When the runner plays a card that forces
the corp to reveal a card, the rules say that once the runner’s seen it,
the card goes back face down. This is, to be perfectly blunt, a really
stupid rule. If I wanted to play “Concentration,” I would have. If I’m
the runner and you flip the card back face-down after I’ve seen it, then
you’ll have to wait while I go find a pad of paper and pencil so I can
write down what it was and where*. If I’m the corp and you force me to
reveal cards, I will not make you try to remember what it was. I
will put the card back on the table face-up, and mark it with a
Revelation token so that we both can tell it’s still unrezzed. If you
don’t want to be quite that nice, you could mark Revealed cards after
replacing them face-down, so the runner won’t reveal the same card
twice.
[/quote]

Say what now? I don’t even…sighs and shakes head

Noticed that the first time I read it too. There was a long post on Reddit a few days ago asking if this was legal, having heated people on both sides.

Just when you think people can’t get any more boneheaded…

Is the average person so lazy and ADD that they can’t be arsed to remember what a couple of facedown cards are?

Hey, I know how to solve this! Let’s get someone to field-test this at a major FFG event … oh, let’s say Worlds just for kicks… and see if it flies with the TOs there!

I nominate @hypomodern for this glorious task!

hahahaha. I’m not going to Worlds anymore, though. Though if I were it’d be revelation tokens, shotglasses as click trackers, and a NetrunnerDB playmat all the way :)!

But I also disagree that memory isn’t part of the game. It is. Unless the dude has a problem with short-term memory, he probably should practice his memory skills for tournament play. In casual play, I don’t think people would be a huge dick about it either way

All I can say is if someone puts a revelation token on my remote, I’m going to move it to an adjacent remote while they’re not looking.

I backed it and was sent a few sample tokens. I’m very impressed with both the look and feel. The pictures don’t do them justice.

All I can say is if someone puts a revelation token on my remote, I’m going to move it to an adjacent remote while they’re not looking.

I’d just raise my hands and sing “ahaaaa” very loudly whenever he tries to place one. (And then ask him if he could just use the official FFG tokens for the mechanic, you know the invisible ones.)

It’s a cool idea, but these are something the ugliest things I’ve ever seen in my life.